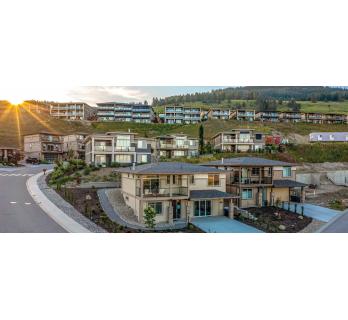 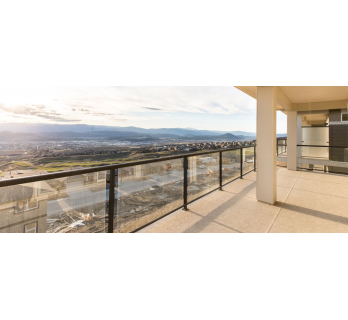 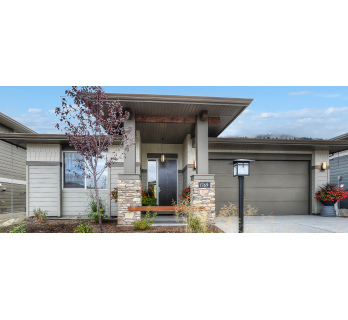 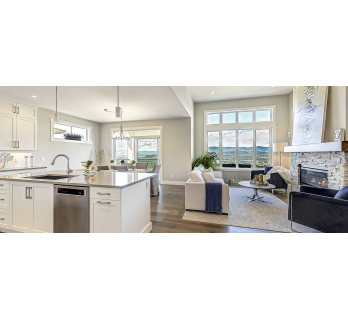 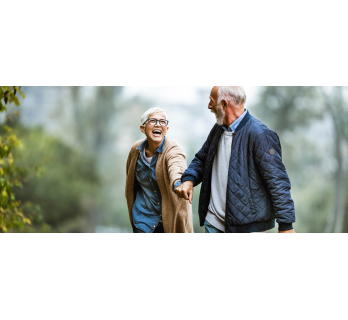 Solstice at Tower Ranch is an adult community, surrounded by beautiful British Columbia landscape and amenities for all.

Located in the heart of the Okanagan’s Wine Country, Solstice at Tower Ranch in Kelowna, BC overlooks the stunning Okanagan Valley from the west side of Tower Ranch Mountain. At Solstice, nature’s amphitheatre is at your back door. Wake up to breathtaking, ever-changing views of the valley stretching from the north to south every morning. 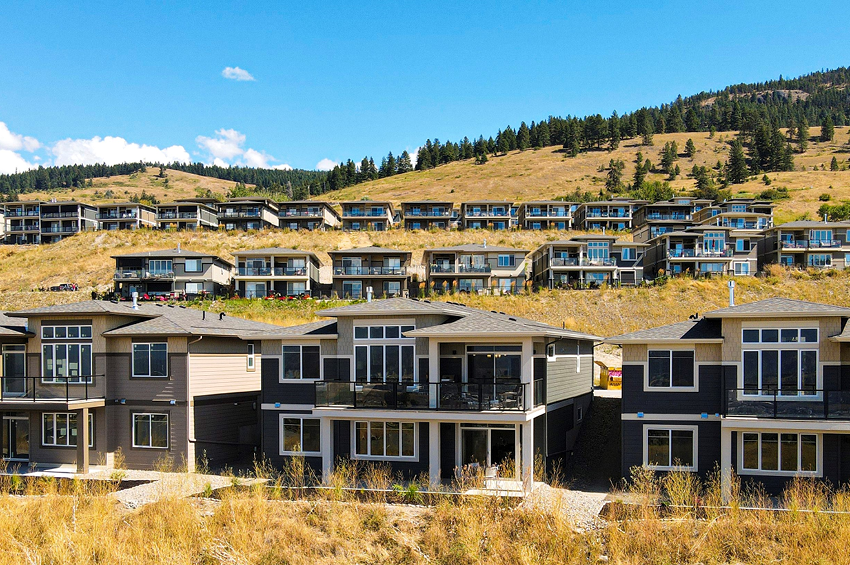 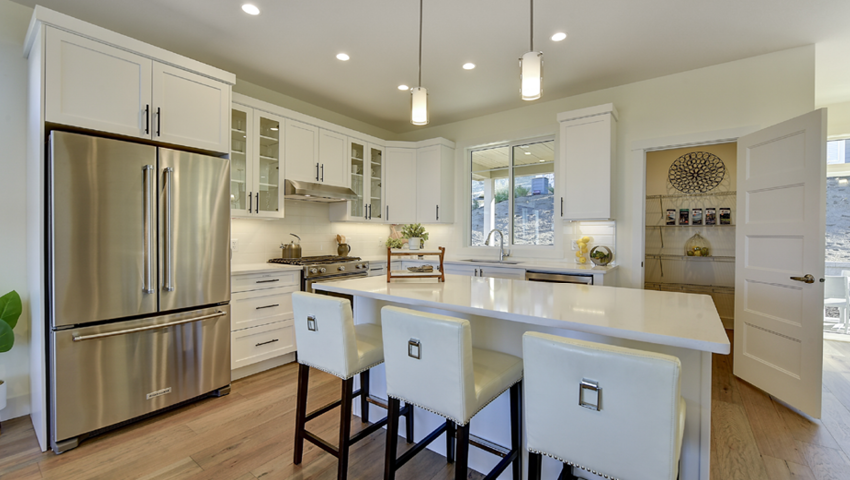 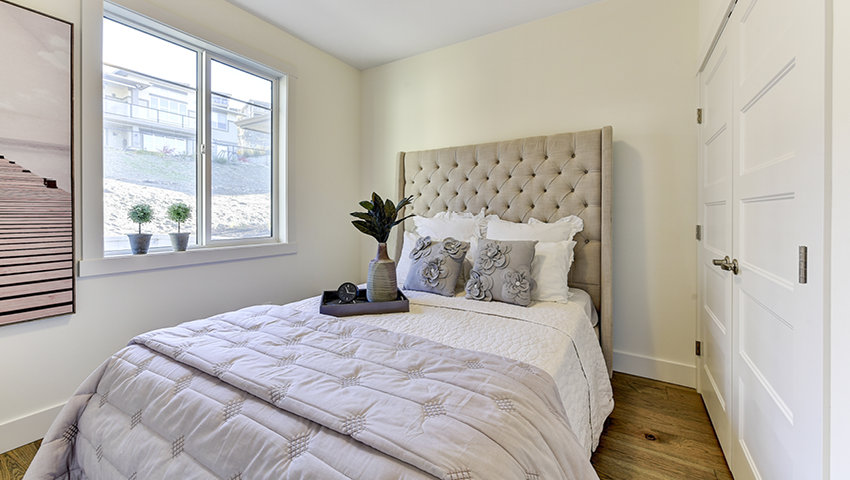 Solstice at Tower Ranch features a variety of shopping, outdoor activities and amenities for residents of every lifestyle. 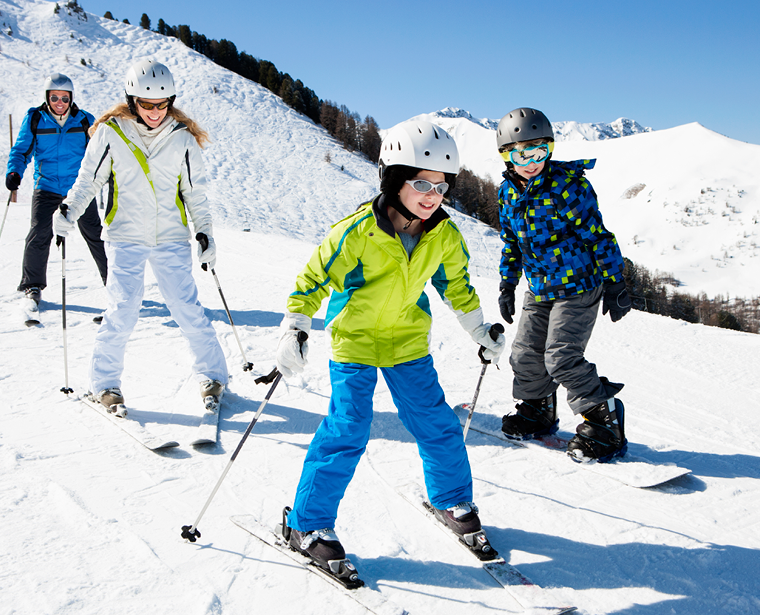 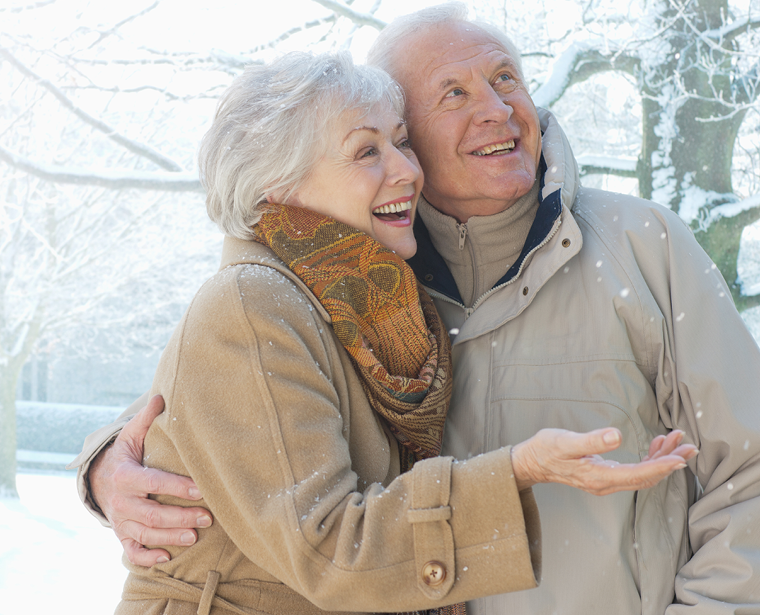 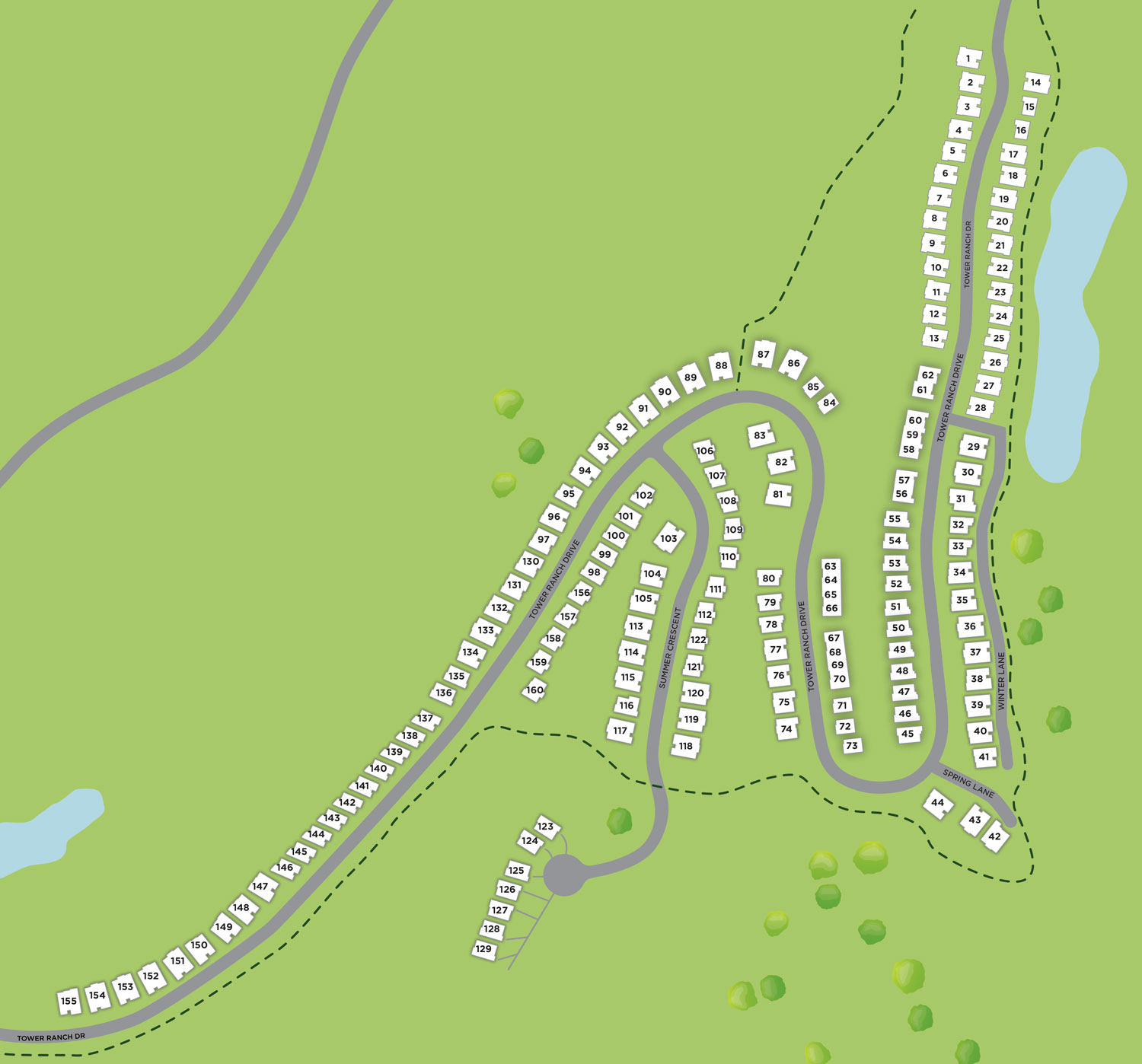 Take a deep breath of fresh valley air. Watch the sunset over the foothills as the towering trees sway in the breeze. Savour that feeling. Solstice at Tower Ranch captures the spirit of the Okanagan Valley and refines it like the countless vineyards that dapple the hillsides, bottling it up to be enjoyed day after day.

The blue skies and gentle slopes of the Okanagan Valley are overflowing with opportunity. Kelowna is at your fingertips, packed with urban amenities yet surrounded by soaring pine forests and protected parklands. Okanagan Lake glimmers at the centre of the city, offering endless options to paddle, fish, or sail. Tour one of the many local vineyards or breweries. Tee-off at one of the nearby golf courses. Explore the trails that wind through the hills, or simply enjoy the breathtaking views from your patio. It’s a lifestyle as remarkable as you are. Mark Wenn and Melanie Valentine say they feel like they’ve unlocked the secret to the perfect empty-nest lifestyle after moving across the country to Solstice at Tower Ranch in Kelowna, B.C.

“We joke all the time that we feel like we’re living in a resort,” Mark says. Solstice at Tower Ranch features a variety of shopping, outdoor activities and amenities for residents of every lifestyle.

Homeowners live minutes away from walking and biking trails, golf courses, vineyards, orchards, alpine ski hills, not to mention the panoramic views of the Okanagan Valley just right outside their windows! In addition, residents can enjoy the many urban amenities and services this unique area has to offer including recreation centers and arenas, dining, and great shopping.​ 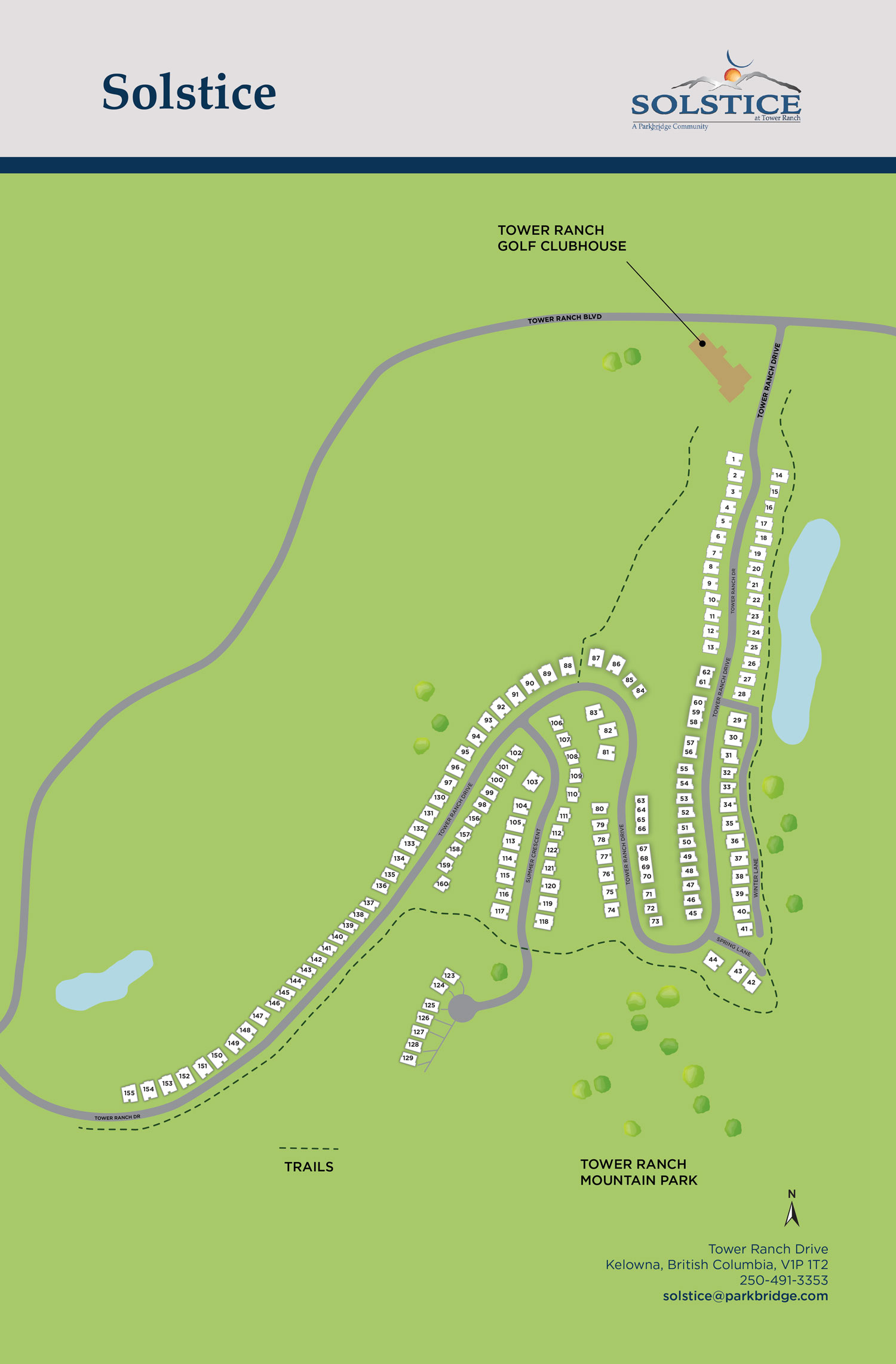 Mark Wenn and Melanie Valentine say they feel like they’ve unlocked the secret to the perfect empty-nest lifestyle after moving across the country to Solstice at Tower Ranch in Kelowna, B.C.

“We joke all the time that we feel like we’re living in a resort,” Mark says.

No one could blame Mark for thinking this. Even though both he and Melanie work full time, they’re now able to fill their free time with hiking, skiing and other activities that are easily accessible from their community. Melanie says they also enjoy sipping wine on their balcony and taking in their fantastic view of the Okanagan valley.

Before their move in July 2020, the couple lived on a four-acre property in the Muskoka area of Ontario. But they often talked about relocating to the west, since they love to ski in the Rockies. After their youngest son moved to Kelowna, they decided it was time to make the leap too. Both Mark and Melanie work remotely, so they weren’t hindered from leaving their home province.

Since their son lives in Kelowna, Mark and Melanie could look at homes when they next visited him. The first time the couple saw the community of Solstice Tower Ranch to view a home listing, they were immediately drawn to the quiet tranquility of the area. They also looked at other communities and listings around town, but Melanie says they couldn’t get Solstice off their minds.

How Land Lease ‘fit the Bill’

Melanie says they were ready to move to a place that didn’t require much upkeep. She says they spent a lot of their free time doing yard and housework at their four-acre property.

“We wanted to own a home, but we didn’t want a lot of maintenance. Solstice was appealing because Parkbridge maintains the landscaping, which we were tired of doing ourselves.”

It didn’t take long for them to decide that Solstice was just what they wanted.

Knowing that Solstice was a land lease community, where they would own their house but not the land on which it sits, wasn’t a deterrent to Mark and Melanie. They compared how affordable Solstice homes are to freehold homes in Kelowna, and were also drawn to the services and amenities offered in the community.

“We investigated land lease and it fit the bill perfectly at this stage in our lives,” says Mark. His wife Melanie agrees.

“We talked and I said, ‘do we need to own the land, like the dirt, that the house is sitting on?’ And for us, the answer is no. We don’t even think about not owning the land because we still own our home and get all the perks of community management.”

Buying a home in Solstice freed up a lot of equity for Mark and Melanie. The couple are passionate about skiing and were able to invest in a new condo at Big White ski resort, which is only 40 minutes away from their front door. Mark says they’ve also bought a camper vehicle for even more adventures.

“Our weekends are free now. We can ski, kick back, and just have a glass of wine instead of doing yard work.”

Melanie says they also really enjoy the convenience of the amenities offered in the community, a bonus which is often lacking in traditional neighbourhoods.

“We’re two doors down from the club house, which has a gym,” she says. “It feels like it’s your own home gym, but without the maintenance because you just wipe down and you leave.”

Mark thinks that more empty nesters should consider moving to a land lease community. The couple often tells their friends about it, in hopes of convincing them to move to Solstice as well.

“I’ll be out picking up the mail thinking, wow, this is a gem that no one has discovered in our age group,” he says. “Land lease has all the advantages of owning your own home at a fraction of the price. The upkeep is minimal and the value of what you get enables you to do other things.”